Was the bitcoin price fall due to a sell-off by miners?

Yesterday, we looked at research by BitMEX that suggested the profit margins of miners – especially those mining Ethereum – have been drastically cut during the course of November, a fact that has been borne out by an almost 1/3rd drop in the hash rate for bitcoin. Of course, one of the main contributory factors to the that drop-off in profitability is the 45%-ish fall away in price that the BTC markets have seen in that time.

Another part of BitMEX’s blog looks into the potential role that miners themselves may have had a hand in causing the decline of bitcoin’s price. According to information given to BitMEX by monitoring site, Boltzmann, there may have been a rather large movement of Bitcoin out of miner wallets in the days immediately preceding the highly acrimonious fork of Bitcoin Cash – and the ensuing hash war, that is suspected of costing mining concerns an awful lot of money, and looks like it may well end up in court.

One of the metrics Boltzmann tracks is what it calls ‘Miner Net Flow’, which charts the movement of assets to-and-from wallets connected to mining pools, in the hope of determining whether they are spending more bitcoin than they are earning from their businesses. The chart below, which was displayed as part of the blog, and shows that before the fork on November 15th a couple of big moves into a negative flow (i.e. more going out than in) coincide with the big drop-off in Bitcoin’s price against the US dollar. Apparently, in that period, net Bitcoin sales from miners moved ‘below’ (i.e. towards the negative flow) the mean by a significant amount (17.5 standard deviations).

BitMEX adds that, “on further analysis, it appears these miners may have been a member of Slushpool.”

Though that wouldn’t preclude the Bitcoin Cash fork being the reason for the sell-off, Slushpool – though it currently holds 12% of the total bitcoin hash rate – is not currently being recorded as mining either Bitcoin ABC or Bitcoin SV according to figures from Coin.Dance. That would hint that it was probably not the main motivation for jettisoning so many coins. 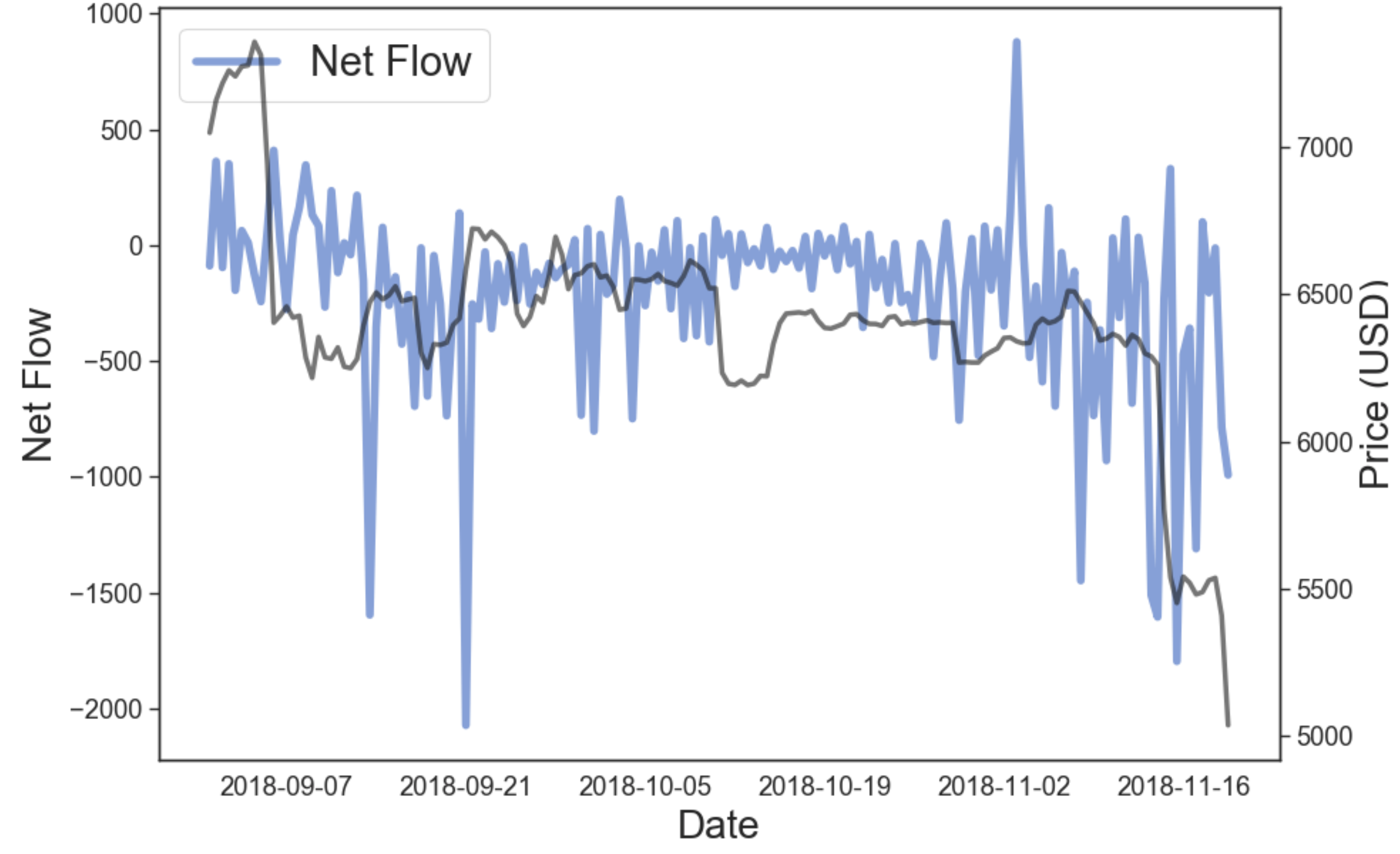 Thus, BitMEX concludes that “it is easy to overestimate” the role of the hash war in the dropping price of bitcoin, considering the long-running bear market conditions, and this it was “likely that prices would have been weak regardless of any miner selling prior to the Bitcoin Cash split.”

“For cryptocurrency,” the blog adds – somewhat unsurprisingly, given its source – “trader sentiment is king.”

« HTC’s first blockchain phone has started heading to the market

Cudo releases its GPU multi-mining software to the Russian market

Own partners with CryptoTax to offer blockchain certified tax solutions

TrueProfile.io announces new integration with uPort to enable its members to unify their digital identities

Stay up-to-date with our CryptoNewsReview weekly roundup. Sign up to our newsletter below